The Xbox on Windows app installed on your Windows 10 PC is a gamer’s dream. With it, you can turn your laptop, desktop, or tablet into an Xbox One, with Xbox games, achievements, community management, and more.

Here’s everything you need to know about the Xbox app on Windows to get the most out of it. Use it to play Halo 5 Forge, Halo Wars 2, Quantum Break and manage your console once you get the hang of it.

What is the Xbox app on Windows? 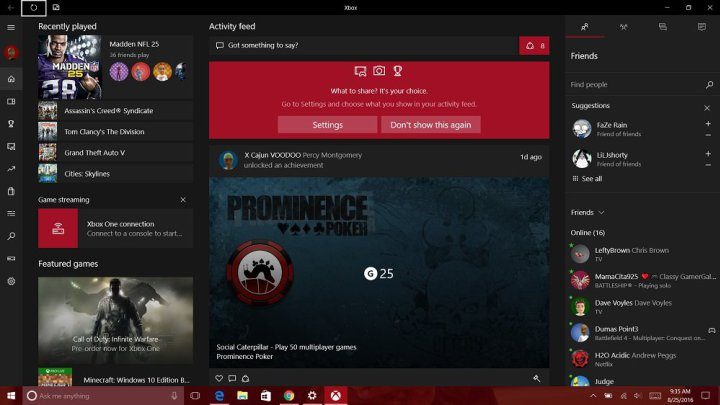 Xbox on Windows also shares Xbox One accessories. So if you have an Xbox Wireless Controller with Bluetooth, you can pair it with your PC and use it to play your favorite games. Some PCs have enhanced support for built-in Xbox accessories, like the Lenovo IdeaCentre Y710 Cube and Surface Book 2. If you have one of these PCs, you can connect multiple Xbox One controllers and get stereo sound. via the headphone jack on the controller. .

Read: Best Xbox One Accessories In 2018

What you can do with the Xbox app on Windows

You choose how you want to use the Xbox app on Windows.

If you prefer to play on your Xbox One instead of a PC, the Xbox app on Windows is very useful. Use it to join groups when you’re not at your console or chat with friends when someone is already playing on your Xbox. It has access to your messages, profile settings, and Xbox Live Gold offers.

The Xbox app on Windows is also ready for games. Voice chat, recording game clips, streaming, and screenshots all work no matter what game you are playing. Just press the Win + G to open the game bar. A special game mode built into Windows 10 prioritizes game performance over background apps and notifications.

You can use a mouse and keyboard or an Xbox One for Xbox controller on Windows games.

How to get games in the Xbox app on Windows 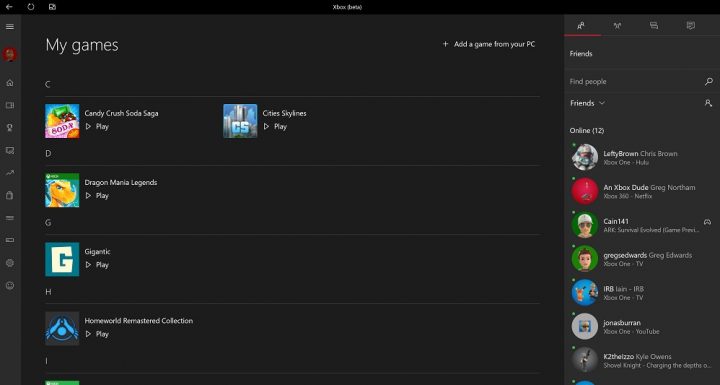 There are three main ways to get Xbox games on Windows for your Windows 10 PC. Some users recommend just buying games from Steam, but there is nothing wrong with mixing titles from different sources to make one. solid library.

Search the Windows Store for Xbox games for the best experience with the Xbox app on Windows. These titles start at $ 9.99 and go up to $ 59.99. Most games only offer online play with other Xbox users on Windows. Gears of War 4, Forza 7, Halo 5: Forge and Halo Wars 2 also lets you play against Xbox One owners.

Continue to build your Steam library and use the Xbox app as a starting point for games. Open the Xbox app on Windows. Click on the My games button on the left edge of your screen. Come here to launch your Steam games. 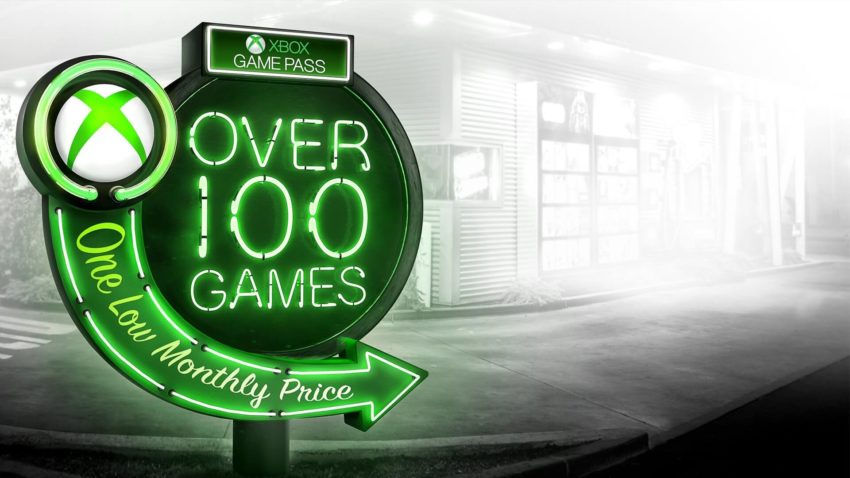 Xbox Game Pass subscribers pay $ 9.99 per month to access 100 games on Xbox One, Xbox 360, and Original Xbox. Most of these games will not work with the Xbox app on Windows, but a few, like Halo Wars 2 – do because these are Xbox Play Anywhere games.

Any Xbox Play Anywhere game that you purchased on your console unlocks a companion version for Windows. You may have a few qualifying games in your library.

You can find these games in the Microsoft Store. Open the Microsoft Store application. Click on the three points in the upper right corner of your screen. To select My library menu. Now browse the digital Xbox games that you have purchased and see if any of them are available for PC as well.

Read: Xbox Play Anywhere: What You Need To Know

Remember that your progress syncs to and from your Xbox One with an Xbox Play Anywhere game. Any DLC you have purchased will also sync from console to PC.

How to use Xbox on Windows 10 as a remote 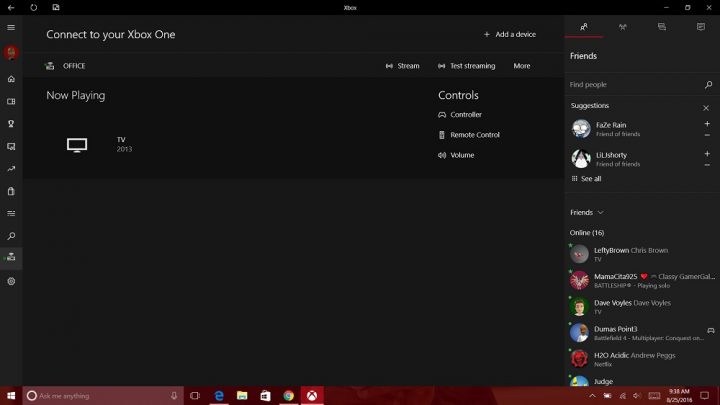 You can also turn the Xbox app on Windows into an easy way to control what’s on your console. This is great for quickly moving around the console when your controller is a few feet away from you. It even acts as an external keyboard for the console.

To do this, tap or click Link item in the menu inside the Xbox app on Windows. Wait for the app to finish searching for Xbox One consoles on your network. Add your console if it doesn’t see it automatically.

Here are some tips for using the Xbox app on Windows.

Read: How To Use Xbox Elite Controller On PC