If you are not familiar with Windows App Studio, this is a web app that allows users to build universal Windows 8.1 and Windows 10 apps without writing any code. The user can then download the source code and if they want, they can modify it in Visual Studio. 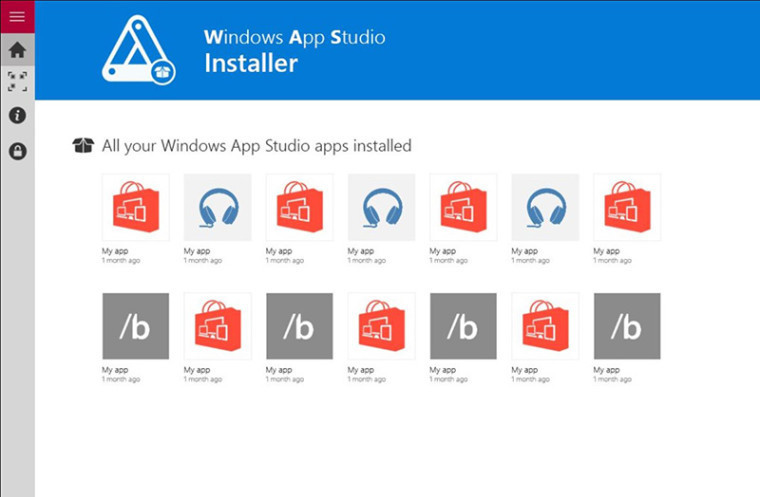 App Studio has become popular with bloggers because it can be as easy as plugging in a few RSS feeds and compiling the package. In addition to the source code, the user has the option to ask App Studio to create an installable package and / or a package that can be downloaded from the Store.

At the moment, it seems that the application is not working. The mobile and desktop versions seem to only come with a QR scanner and even when scanning the QR code that should install the mobile app, it says it is not valid. 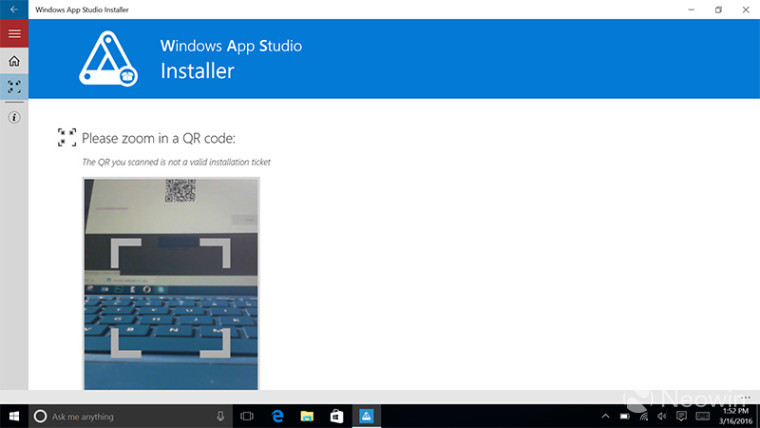 On the other hand, when you look at the About app section, it shows lorem ipsum, which is the standard filler content. Obviously, this app is not intended for public use yet. 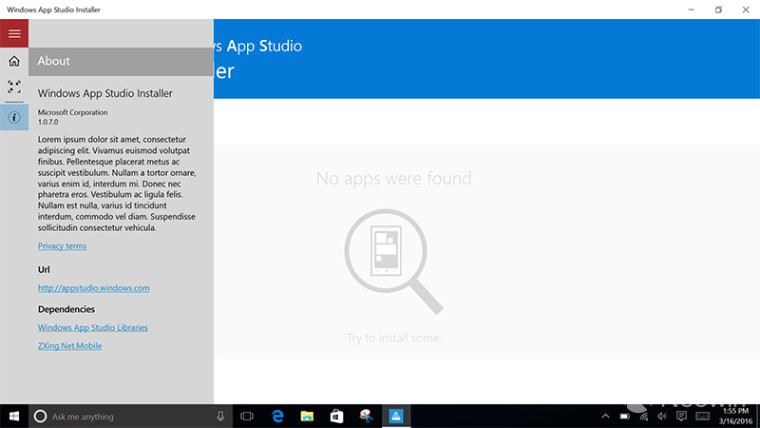 If you really want to try Windows App Studio Installer, you can download it here.