Google’s cloud-based Chrome OS has turned into an impressive computing platform now that it’s compatible with Android apps and, more recently, Linux apps. But what about Windows apps, you might be wondering?

There have long been rumors of upcoming Windows compatibility with Chromebook, but official details remain hopelessly vague. Fortunately, you don’t have to wait for these rumors to come true to start running Windows apps on your Chromebook. All you need is the Crossover app and some time for experimentation.

Crossover is a free (for now) application that runs Windows programs in a virtual machine. It’s easy to use, and while there’s a full-fledged version readily available for Linux that’s also compatible with Chrome OS, the Android version of Crossover is much more user-friendly. If you’re curious about what’s new in running Windows apps on your Chromebook, or desperately trying to run a favorite app that you use often, keep reading.

Crossover is a kind of free virtual machine available on the Google Play Store. It’s in beta, although there is a giant “Trial Period” banner on the main page of the app. (Codeweavers says you’ll be able to pay for the full version of Android “soon.”) The Android / Chrome OS version of the app is still very experimental, but it uses the same underlying technology as the macOS and Linux versions.

Since Crossover has had time to incubate on other platforms, its Android version is quite robust. Each Windows app launch through Crossover can run on a different version of Windows if needed, and you can even add essential components like font libraries.

A major caveat to keep in mind is that Crossover can only run 32-bit apps due to the limitations of Chrome OS’s Android environment. (Crossover runs 64-bit apps on macOS and Linux.)

How to install Crossover

A glance at the Crossover home page after installation. (Screen capture: Florence Ion)

Before you can install Crossover from the Google Play Store, you need to make sure that your Chromebook is capable of handling Android apps. and is fast enough to run a virtual machine. Codeweavers suggests using the app on an Intel Chromebook.

To make sure your device can run Android apps downloaded from the Play Store, go to your Chromebook’s settings menu. If everything is in order, you will see a Google Play option with an external link to the Android settings of Chrome OS. If you’re using an older version of Chrome OS, you might need to turn on Developer Mode to access Android apps.

The best hardware add-ons for your PC


PCs are great, but they often feel like they were made for a different species than mankind. Each additional cord you plug in adds a new cord to manage and untangle. They’re customizable, but it’s intimidating to open one and start popping your guts out. This large display on your desk takes up a lot of counter space. Luckily, you can scavenge real estate on your desk, replace your mess of cables with a one-stop shop, and get everything in place to improve your quality of life (and whatever creaks your neck) with these must-have accessories to your workspace. .

How to install a Windows application using Crossover

There are two ways to install Windows apps using Crossover. The first is to install an executable file through the database of applications known to Crossover. You can access it by using the search bar on the main page of the app. Type in the name of the program you hope to install and Crossover will fill the screen with the corresponding results. Some of the apps you can look for include Microsoft Office 2006 and 2010, older versions of Adobe Photoshop, FileZilla, and 7-Zip. (You may need to purchase a key to use some of these apps. 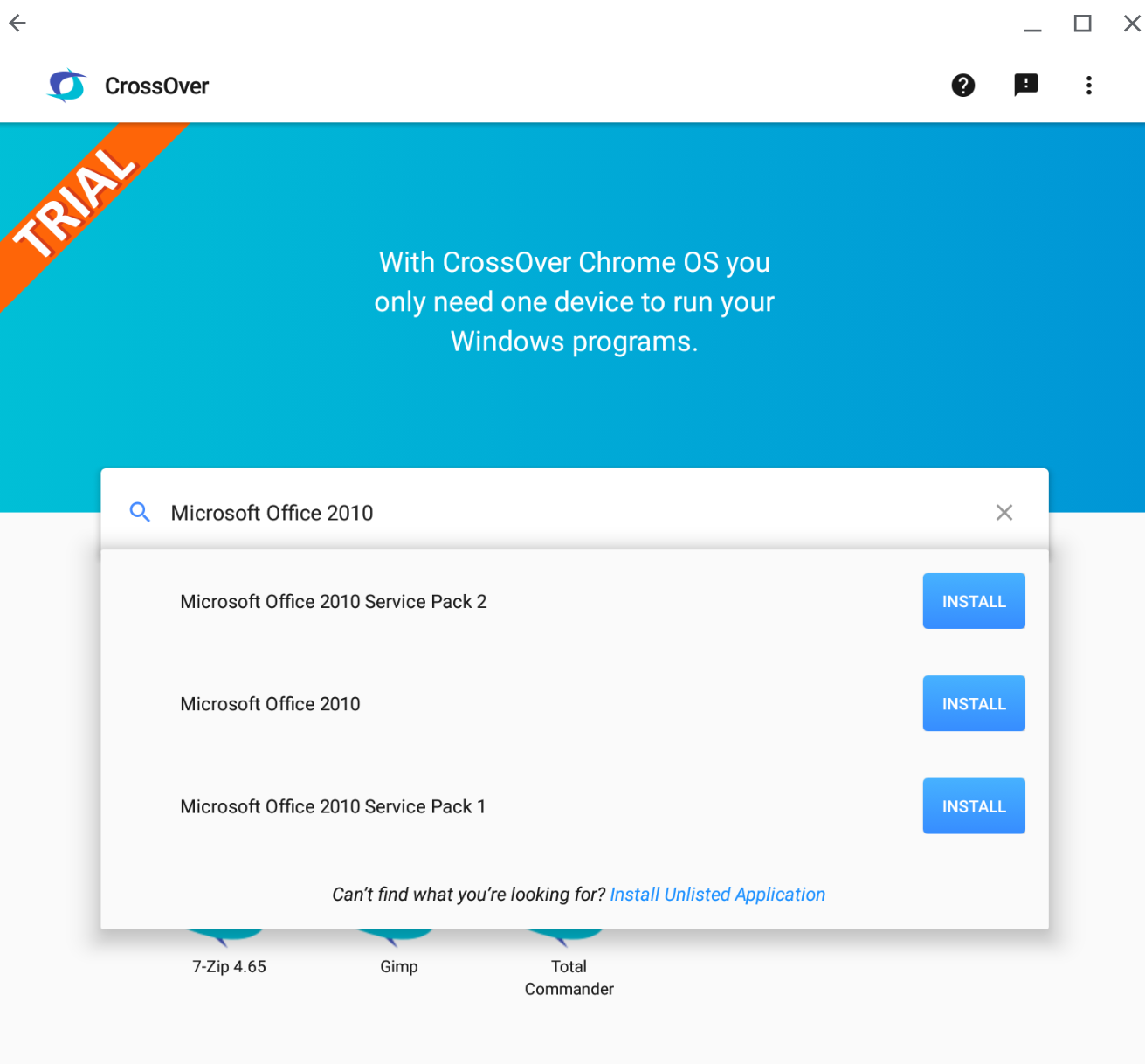 You can use the search bar to search the Crossover database for current installation files. (Screen capture: Florence Ion)

If you can’t find what you’re looking for, try installing a Windows application using the “Install an unlisted application” option, which allows you to point directly to an installer file. After typing the name of the app in the search bar, tap on the option in the lower right corner. In the next window, select “Browse for an installer” to access the installer file. Follow the installation prompts as they appear.

Once you’ve installed a Windows program using either method, you’ll be able to launch the app from your Chromebook’s app drawer or from the main Crossover landing page.

I bet you can’t tell which are Windows apps and which are Android apps. (Screen capture: Florence Ion)

There is a third method to run Windows apps, but you should only try it if you fail with the first two. This involves creating some sort of “shell desktop” so that you can manually run an installation file. As before, tap “Install unlisted app” after entering a program name and then select the “Create empty environment” option. This will install the components you need to run a Windows application.

A dialog window will appear as soon as the virtual environment is ready. Tap the “Launch File Explorer” option from the drop-down menu, then navigate your device’s file system to select the .exe file you want to launch. 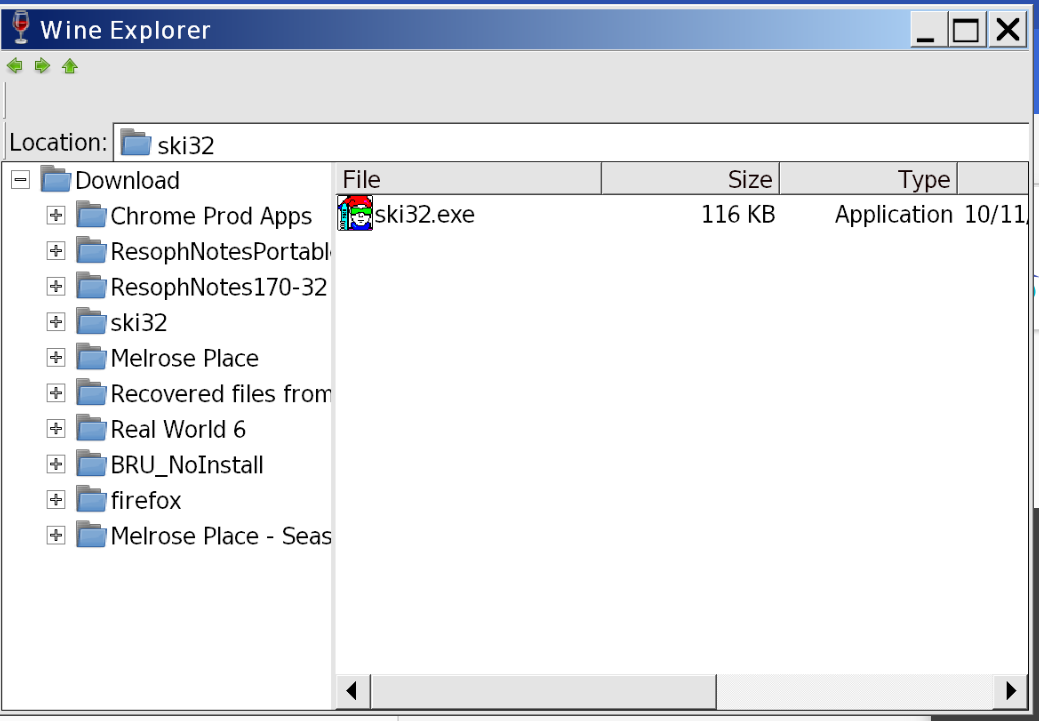 This method is worth using if the .exe file you downloaded is not an installer file. (Screen capture: Florence Ion)

You’ll also want to use this method if you need to run an app on a different version of Windows. To access this setting, click on the app from the main Crossover page, then select “Wine Setup” from the drop-down menu. An Apps tab will appear with an option down to change the version of Windows for that app. You can choose a version of Windows as old as Windows 3.0, or you can join the rest of us in the current era with Windows 10. By default, Crossover will set compatibility for each application based on information in its database. data.

How to use Windows apps on Chrome OS

As mentioned, you can launch an app from your Chromebook’s app drawer or the main Crossover landing page. If an app crashes (it happens), Crossover will show a notification with a forced close option, which helps lighten your device’s memory cache. 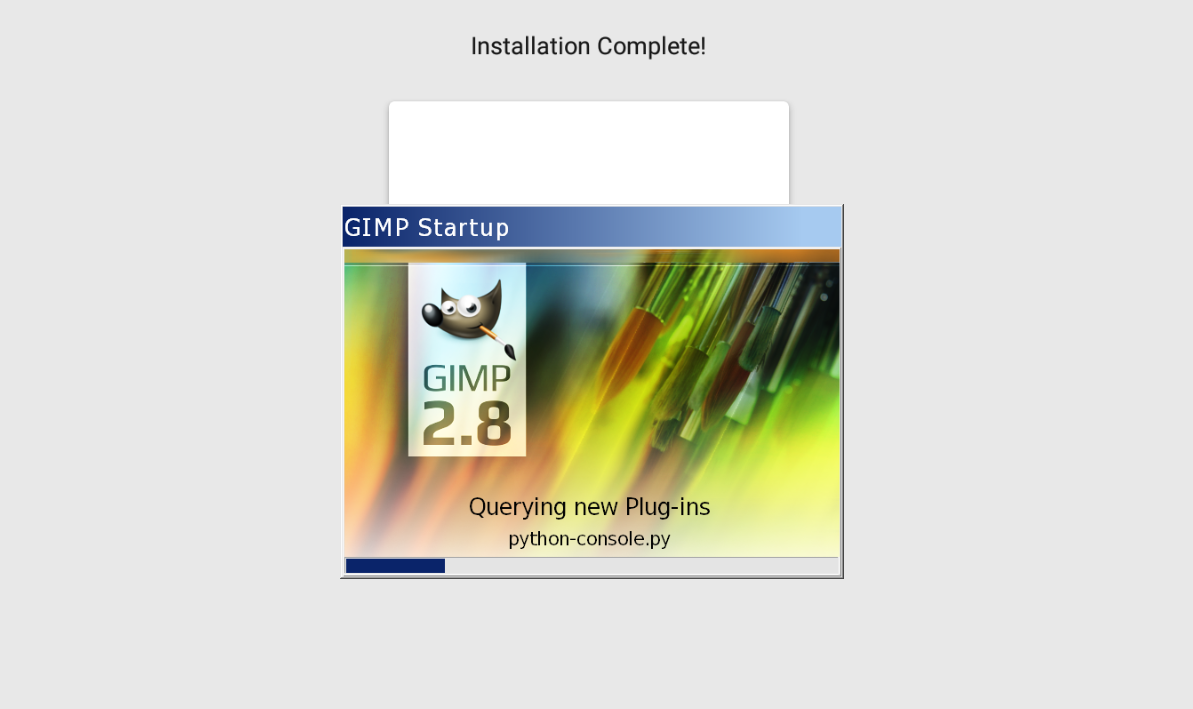 Using Windows apps through Crossover is relatively straightforward, but don’t set your expectations too high. Not all Windows applications will work with this particular version of Crossover. I tried installing the Windows version of Spotify and Adobe Creative Cloud, and neither succeeded. Then I installed Steam, which allowed me to message my friends with its chat app, although it often crashed because it couldn’t load some promotional pop-ups.


It looks like Microsoft is ramping up its major system updates for Windows, with one coming every six months or so. But the problem, apart from Redmond which eats your files, is that Windows Updates always leave a lot of temporary files and other space-stealing junk on your PC. This can build up over time and consume many wasted gigabytes, which you might not be able to spare – and you shouldn’t have to either.

Some apps won’t even allow you to install the software because it’s a virtual machine, and although Codeweavers offers direct access to legacy programs like Microsoft Office 2010, you still need a valid key to unlock. experience. Even if you manage to get an app like this to work, you may need to make up for the missing components by searching all over the internet.

I managed to run Windows apps on a Google Pixelbook. 7-Zip extracted the ZIP files perfectly into the Downloads folder, and I enjoyed using an old classic, Ski Free. FileZilla allowed me to access my FTP server, while Gimp was great to use with the Pixelbook’s touchscreen. I’ve also managed to get lesser-known apps to work, like Bulk Rename Utility, which sports a very outdated interface but is good at renaming hundreds of files in a single batch. 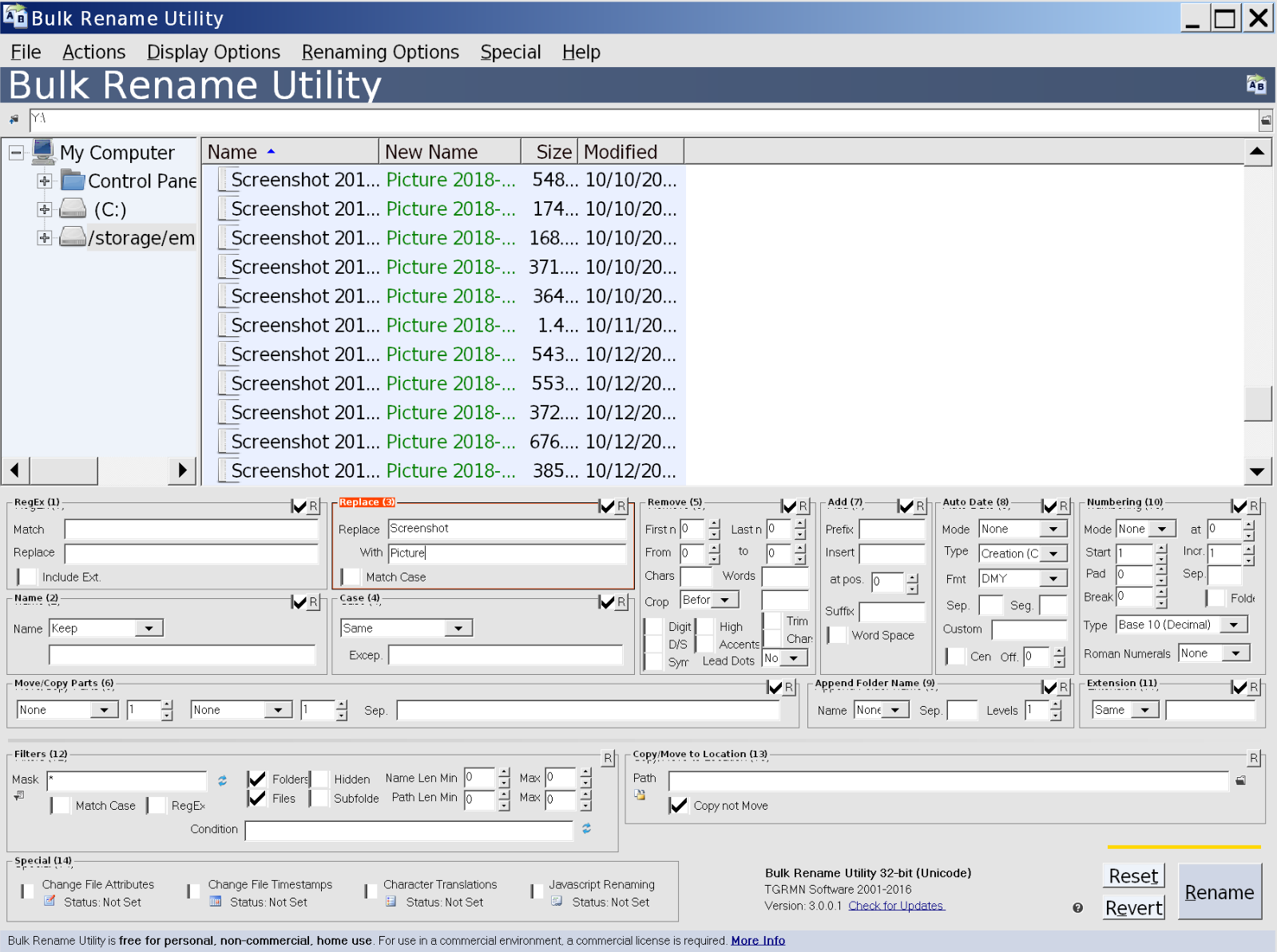 I went through all of these issues just to get this old app to work. (Screen capture: Florence Ion)

These examples explain why you would go to the trouble of running Windows apps on your Chromebook: to increase your productivity on Chrome OS. After all, there isn’t always an Android app or Chrome extension that can do the job. And while Crossover isn’t exactly the equivalent of running full-fledged Windows apps on Chrome OS, it at least addresses a few shortcomings as Google continues to build its cloud-based operating system. .